Posted at 14:27h in Finance by Dominic Hennessy 0 Comments
0 Likes

The stuffy end of the financial press have been behaving more like gossip columnists recently. We as mortgage advisers have been stumped as they tease speculation, scandal and the ever tedious ‘will they, won’t they’ narrative, plucked straight from the pages of Hello magazine.

This ever blossoming romance isn’t about a pair of 2 bit celebrities though. It’s being used to describe Mark Carney’s flirtations with a rise in interest rates. Described as a ‘fearful fiancé’ and an ‘unreliable boyfriend’ he has been leading the economists on a merry dance since his arrival.

Every month, the directors of the Bank of England have met to vote on raising the base rate. Every month time they’ve been voting…… no. 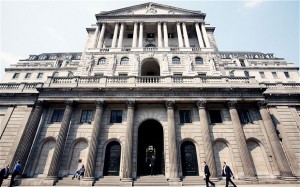 This hasn’t stopped the press making a right song and dance about it recently though, particularly when recent minutes showed that 2 members had voted for a rise in the August meeting. We can only imagine the tabloid levels of hysteria should the nine individuals actually ballot in favour of a rise.

We’ve had five years where the Bank of England base rate has been just 0.5%, following a monumental cut during the 2008 financial crisis. But the banks relatively cautious stance isn’t what the financial press want to see. Boring banking doesn’t make for sexy stories.

For the markets this has been rather sensible though. Low rates have provided access to cheap money, fuelling a surge in London property prices, reinvigorating the wider consumer economy as a result.

As mortgage advisors, we’d love to see varying interest rates. It’s great for uncertainty and therefore business. But the lowest interest rates in 400 years is a mind boggling opportunity for all our clients. To argue any other way would sound like Alastair Darling’s bizarre attempt to persuade Scotland that North Sea Oil is a noose anchored around its neck.

Money printing, combined with low interest rates beyond the point they are needed has given banks a near limitless supply of cheap loans to fatten up on and climb out of recession. This loose monetary policy has led to high asset prices and asset price gains. This time, the assets have been house prices and stock markets (with the S&P hitting record highs and the FTSE 100 repeatedly testing the 6800 – 6900 barrier.

The fiscal trough of loans and swelling asset prices will bring about a rise in inflation and wage increases. What will come with those?

Mark Carney is looking for any and every possible excuse not to increase rates, so while the press try to squeeze your emotional hotspots every day, we ask you to remember that. Even if stable interest rates are bad for us the mortgage advisor business!

Whatever is happening we are standing by to take your call or see you to discuss your mortgage requirements.